90. Whither Archaeology? Jacquetta Hawkes versus the statniks

In 1968, Jacquetta Hawkes considered the future of archaeology in one of her most famous and controversial pieces of writing: “The Proper Study of Mankind”, published in the journal Antiquity. 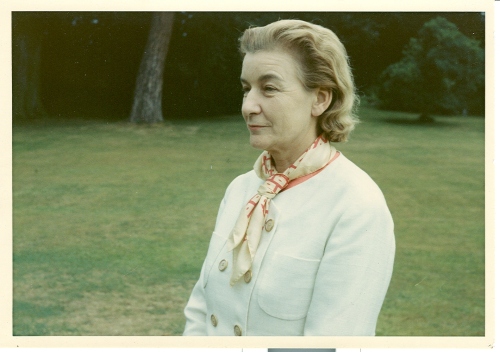 In this article, Jacquetta warned against the dangers of scientific reductionism in archaeology.  She certainly was not against the use of technological aids, but she felt that these had taken over along with pseudo-scientific aims and methods:   archaeologists had become “statniks”, looking only at what could be quantified.

Too much archaeological writing was “swamped by a vast accumulation of insignificant facts, like a terrible tide of mud”.  In another geological simile, the “extreme precision of detail” combined with “endless uncertainty of interpretation” in archaeological reports was like “walking across coarse scree”.  Instead, archaeologists should be economical in presenting their data and “extract the essential historical meaning … set this out in clear, firm and humane language”.

Archaeologists were also paying less attention to human attainment, consciousness and individuality: “art and religion receive very little of the serious attention that is available in our world of archaeology”.  More could be learned from art historians, psychologists and folklore experts as well as natural scientists.

An editorial in the next issue of the journal observed that the article had “aroused widespread comment”, mainly from archaeologists over 40!  Antiquity therefore announced an essay competition for the under-40s: “Professors,  archaeological correspondents, Druids, moonrakers – anyone may put in”.   The essay title would be “Whither Archaeology?”  (the original holding title for Jacquetta’s piece).  The two prize winners were published in the journal in 1971.  One, by Glynn Isaac, is an interesting response to the points made by Jacquetta by an author who did not agree with her view of archaeology or its relationship to the humanities.

Further responses can be found in letters to Jacquetta in her Archive.  Whole-hearted praise:  “Three cheers … the statniks needed taking down a peg or two”.    A couple of writers observed that the archaeological research she criticised was bad science anyway: “many of the people would not be very good at any sort of research … you underrate the creative and selective role that a competent natural scientist plays.”

Over the next few years, Jacquetta became “an established champion of old-time humanist values in archaeology” as the debate continued.  Eloquent in writing and in person, and “a free-range individual with no academic eggs to break”, she wrote, lectured and appeared in discussions on radio and television.   In one television programme, she opposed Professor Lewis Binford, a founder of the “new” or “processual” archaeology.  “To me his long abstractions were almost without meaning, while to him I must have appeared as something out of the rotting woodwork”.

This concern that she is “suffering from the sense of universal decay that so often invades the passing generation” appears in Jacquetta’s article.  To some younger archaeologists excited by the potential of the new models, Jacquetta’s ideas did indeed seem “desperately out of date” (Clive Gamble in his Guardian obituary of Binford).   However her approach appealed at least to some budding archaeologists: one letterwriter exclaimed, “Why couldn’t you have written the article two years ago?  You would have inspired at least a handful of originally enthusiastic undergraduates who are now reduced to a state of cowed apathy by the hot wind of turgid technological detail …”

Sources.  The articles in Antiquity can be read online by staff and students of the University of Bradford and other organisations which subscribe to the title.  Jacquetta quotations are from “Proper Study” or the preface to Nothing But or Something More, her John Danz lecture against reductionism.  Letters quoted are in HAW 3/14.

3 responses to “90. Whither Archaeology? Jacquetta Hawkes versus the statniks”